Cartoons or animated TV shows finally started paying attention to older viewers in the 90’s. The best shows wee able to walk a fine line between adult themes and more complex characters but still offered enough action for a younger set. The three best of the best were the Spider-man series (even though he wasn’t allowed to throw any punches, whatever), Batman the Animated Series, and finally the X-Men animated series. The X-Men series is one of those shows that’s been highly bootlegged for many years but now the bootlegging is over because it’s on DVD.

The two multi disc volumes cover the entire series from the beginning of the U.S, government’s attacks on mutants to the final epic five part Phoenix saga. This series did a fantastic job of drawing a unique atmosphere for these characters that was different than any other animated series on television. Batman was super dark but not in as realistic way as the X-Men. Sure the colors of the show were vibrant but the themes were much more melancholy and dark. The characters ahd to deal with constant racism and death throughout the series and it made for a very earthy viewing experience. Even with their amazing abilities these people almost felt real. Now the execution here is extremely streamlined and simplified compared to that of the comic book series but with the limitations of the show’s mixed audience of age groups and of just being a cartoon the creators did a really good job portraying the themes.

There were two issues that may have been the biggest problems with the series. The first is that it was often just so dramatic. There weren’t very many episodes of just simple beat downs between the X-Men and some bad guys. Everything had to be part of some epic melodrama which leads to the other problem with the series, it was highly serialized. Often if you tried to pop in and out of the show you’d have no clue what was happening. The Pheonix Saga was five episodes long! These “problems” may sound great to us now but back then there was no LOST so serialization of regular TV series wasn’t as common let alone animated shows. So, in some ways the show was before its time.

With its limited run though even I found myself looking for a break from the serialized stories and melodrama for some good old tights and fights. I found the Sentinel stories in the early part of the series to be the least consistent from episode to episode. The intergalactic story of the Phoenix is really dumbed down compared to the way the original story was told in the comics back in the 80’s. Again, even dumbed down the story took five episodes to tell. The best parts of the original Phoenix story were the “Dark Phoenix” story and all of that is completely left out of this story. The Dark Phoenix story was completely messed up in the live action franchise too. I’m starting to believe this is just one of those stories that can’t be told any other way than in comic book form.

Compared to Batman the Animated Series and even the Justice League series came later the X-men series takes a back seat but looking back on it now the series really took on some challenging subjects and often the creators did a solid job of telling those stories. This show is a must for fans of the comic and even for fans of animated super heroes.

The full screen presentation offers up a mixed experience. Early episodes feature fairly good colors with the exception of some blooming reds. There’s also some heavy grain and some really irritating blurring during action scenes. As the series progresses the blurring lessons a good bit, the grain gets a little lighter and the colors are even more vibrant. The image always looks worn and dated but by the last disc of volume two everything is fairly clean considering the age of the source material.

The audio is extremely basic but watchable with dialogue usually coming through clean even if some of the effects are a bit muddy. There are times when the overall audio feels a bit soft too.

There’s absolutely no reason for these two volumes to be packaged separately. Each package features two discs that could have been combined into a single four disc collection. Honestly it feels a little like money grab to put out two volumes rather than one set. The cover art for the two volumes is extremely similar too which makes them hard to differentiate from one another. Speaking of the art there’s an image of Dark Phoenix on the cover and that character is never featured in the episode making it misleading for fans that know that story and character.

Finally there are absolutely no bonus features! This series is one of Marvel Entertainment’s most important franchises and they’ve provided no extras, nothing. This is an epic fail of mammoth proportions.

This is a fun show finally available in a really disrespectful package. The bonus features and presentation destroy the overall score for me. At least you can finally legally own the series. 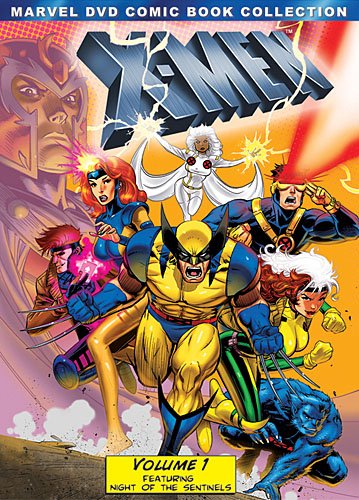 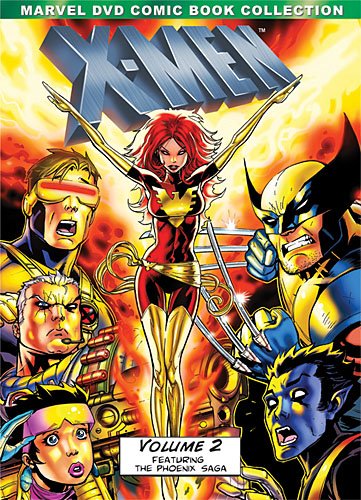