Swing Vote is based on a simple, yet improbable concept: what if a major election was actually decided by one vote? We’ve been told this all of our lives, but could it happen? While unlikely, this film gives us an interesting version of “What If?”. However, the film does need a bit more satire and less preaching.

Swing Vote is actually about one vote changing a tied Presidential election, but the filmmakers try to add a good back-story concerning a washed up father, Bud, played by Kevin Costner, and his political savvy pre-teen daughter. Seems Bud can’t keep a job and is still hung up on his divorce. We get lots of father daughter tension throughout the film. These scenes work well at times, but the specter of cliché comes knocking too often to be truly heartfelt.

The film is full of political commentary. Thankfully, both sides of the traditional left wing and right wing are made fun of equally. In fact, both presidential candidates, Kelsey Grammar and Dennis Hopper, are never fully set in a political party. There really isn’t a bias shown toward either. The viewer just sees both sides as corrupt and playing to whatever their constituents want to hear. In fact, with Bud being the only person to decide the election, Grammar and Hopper actually have parties and campaign commercials just for him. These bribes have both men change their initial stances on issues, just to pander to Bud’s sensibilities. The irony and satire of this hits the viewer in the face.

The campaign commercials just for Bud are the most hilarious moments in the film. I laughed out loud at the abortion commercial where children playing at a playground just disappear in a puff of smoke at various times while Dennis Hopper talks about the horrors of abortion, an issue that he previously agreed with. Not to be outdone, Grammar accepts gay men and women for marriage and open military service. This commercial can only be seen to truly appreciate it’s humor.

My problem with this movie comes from the blatant satire and political commentary being thrown at our faces. Good satire needs to be subtle and biting, not blatant and cliché. Another flaw with this film is fact that Bud’s daughter, played by Madeline Carroll, knows all of the buzz words and issues of the election and can spout quotes from CNN verbatim. This seems over the top and actually distracted me from the movie in various places. Plus, this overly smart girl then reverts to a kindler more childlike persona at will. This takes away from the movie in my opinion.

While the premise is sound and there are some funny parts to Swing Vote, the movie needs to avoid cliché and actually give us more humor with our satire instead of repeating things we have already seen and heard. The humor needs to be more prevalent and funny, not something to influence our political standings. This movie needs more Dr. Strangelove and Hitchhiker’s Guide to the Galaxy than CNN and Michael Moore.

The video presentation of this film is rather nice. While I have an HD television in 1080p, the film looks phenomenal even on DVD. The colors look tremendous and honestly the film looks like a blu ray on the sweeping shots of the New Mexico horizon. The dark and bright colors and shadows are used well for various characters too. Bud is shown darker in most shots, while the candidates are bright and cheery. This creative decision looks well on the video side as well. The widescreen is 2.40:1 enhanced for 16×9 televisions.

Audio is presented in Dolby Digital 5.1 surround sound with an optional Spanish language track. To the honest, the audio is nothing to spectacular. We get a standard audio track that is not awful, but not spectacular either. This DVD has nothing to prove in this area though. As long as you can hear the dialogue you are fine.

The case is a standard amaray with average artwork. The good thing about the cover is the fact that all of the cast is listed with pictures on the cover. This is good marketing since the main character is only a small focus of the film. The deleted scenes are mentioned clearly on the front as well as a “also on blu ray” sticker. I just like when studios give information on the front. It helps the consumer.

The special features are nothing spectacular. We get an audio commentary from the director and writer and one featurette about the Production. There is nothing spectacular here, but I never expected it for this release. I wasn’t disappointed thankfully. The deleted scenes are nice, but these are standard DVD fare. 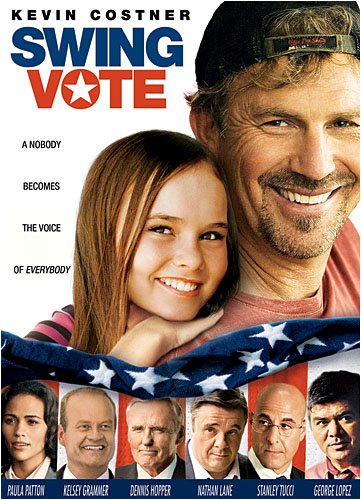