83 punk bands, 45 cities. A compilation of the 13th year of Van’s Warped Tour. This disc includes performances and interviews with Bad Religion, Coheed and Cambria, Fishbone, Chiodos, Killswitch Engage and several others.

I’m not a huge punk fan. I don’t mean that I don’t like it that much I mean that I’ve just never waded out past the breakers and explored the genre in depth. Sure, I love me some Ramones, Social Distortion and Bad Religion, but who doesn’t. I only recognize a few of the band names on this DVD and could name tunes from even fewer. You could make an argument that I don’t have any business reviewing this DVD but I would disagree. If you know your punk then you probably already know what’s on here and if it’s a must have or not. What if your not a punk fan? Is this DVD worth picking up? Well read on.

I’ve got to admit right off I’m making a big assumption. I’m going to give the people who book the Warped tours the benefit of the doubt that this is indeed punk. There is no doubt some of this stuff is punk, but punk is a bigger tent than I realized if you can call all these bands punk. From the funky ska beats of Fishbone and Pepper, to the more traditional Bad Religion and Sum 41, hell they even look how you would expect a punk band to look, on to the more progressive Coheed and Cambria to hardcore, Killswitch Engage. The variety of bands runs the gamut. You could call it a primer on punk circa 2007.

The program starts off with a short introductory montage, and dives straight into an interview with Killswitch Engage issuing a good natured taunt to some of their more mellow tour mates. Then we get treated to them performing Rose of Sharyn. That sets the formula for the rest of the main program. There will be a couple of short interviews, more like clips of interviews really, then a performance. Not all of the bands interviewed are shown performing which makes sense in an hour long program. More time is spent with the bands we actually see on stage, but we do get a glimpse how some of the less prestigious bands fare and a couple of behind the scenes tidbits like “Whack a Pinata Wednesday.”

The tour hits forty five cities in two months in the early summer. Only a few actual cities get mentioned but they end up going coast to coast and hitting a lot of the heartland. This of course means a lot of travel time. The luckier, well to be honest, the more established bands, get to ride in custom tour buses, which can be quite luxurious but tend to get small with four or five aboard. These guys and a few gals were traveling twelve to a bus. That may be rock and roll but it isn’t very glamorous. It is a big step up from the bands traveling from show to show in vans. Everybody had sympathy for those guys. The interviews are interesting but they get a little repetitive. Basically everybody loves the tour in spite of the nasty porta potties, the heat, the travel and other hardships, which says a hell of a lot about Kevin Lyman, the guy who has put all thirteen of these together, and his staff, but it’s not very entertaining.

Thankfully there is more music than interviews. And the music is great. I was a little worried I would hate about half of the songs on here, which could make it hard to remain objective, but I enjoy every last one. Some considerably more than others but they all deserve there place on here. Some of the standouts are Killswitch Engage, Fishbone, and Pepper. I was actually a little disappointed by two of my favorite bands who happened to be on here. Coheed and Cambria and Bad Religion’s contributions were pleasant but overshadowed by the other stuff on here. Of course that is a completely subjective judgment I will freely admit.

The only major gripe I have with the DVD is the length. A two month tour hitting forty five cities with eighty three bands and we only get around an hour of music, and thats including the bonus features. I know clearances can be a bitch but that seems a little on the stingy side to me.

The video is presented in full screen format. It looks great for the most part. All of the performances are in the daylight and the colors are nice and rich. All of the footage is sharp without any kind of compression artifacts beyond very minor aliasing. Some of the interviews on the buses aren’t quite as sharp due to the poorer lighting but it’s never really a problem.

The audio is presented in Dolby Digital 5.1 Surround or in good old fashioned stereo. There are no subtitles. The audio from the performances is great, with a good mix and I never noticed any distortion that wasn’t supposed to be there. Some of the audio on the interviews was a little sketchier due to the environment’s but it was never bad enough to be a distraction.

The DVD comes packaged in a standard clear Amaray case. The clear case is put to good use by the double sided insert. The backside of the insert continues the artwork from the front side and includes a song list with credits that is of visible due to the case being clear. The artwork itself is interesting and the copy accurately describes the content. Along with the main program are extended interviews and another twenty minutes of music not included in the main feature. You can actually play all of the music including the songs from the main program with out the interviews if you wish which is a nice touch. There are no commentaries.

Even though the length is a little disappointing, the musical material included is great. The interviews aren’t bad but to tell the truth if you could get a CD of just the musical performances I would pick that up over the DVD. 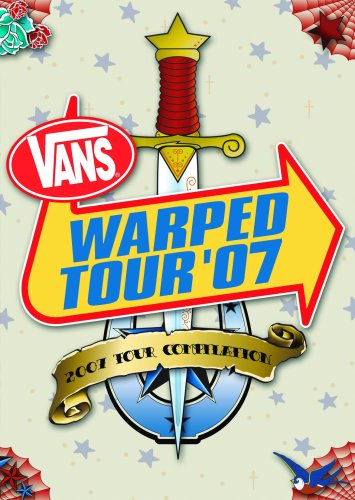